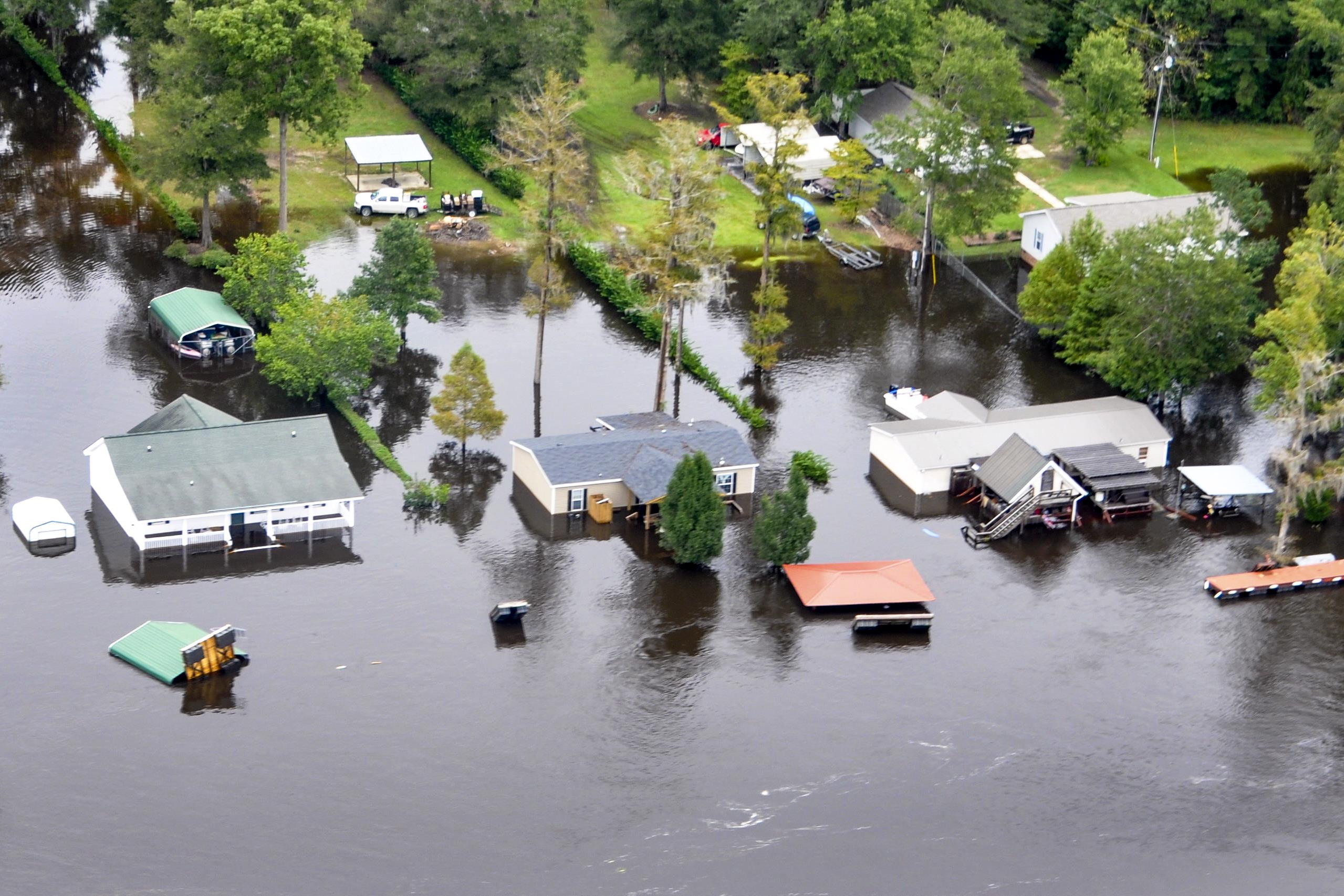 Low-income and Black communities in the coastal Carolinas are already experiencing the effects of sea level rise, and these communities will continue to be disproportionately impacted in the future.

Communities along the North and South Carolina coastline will experience the effects of sea level rise (SLR) differently, but few studies have examined the present and future impacts of SLR for low-income and racially segregated Black communities. Increased tidal inundation and inland flooding from SLR heighten health-related challenges for frontline communities. These health risks, including food insecurity, availability of safe drinking water, and loss of infrastructure and livelihood, will have adverse consequences for mental and reproductive health and disease transmission. Systemic racism and poverty are known social determinants of health that influence the susceptibility of frontline communities to the effects of the climate crisis. A research team from North Carolina State University and Appalachian State University examined the present and future impacts of SLR in coastal North and South Carolina through the lens of poverty and racial segregation.

Lead author Leah Handwerger of Appalachian State University points out that “the Carolina coastline is deeply rooted in racial segregation, with stark income contrasts between wealthy, predominantly White communities and economically disadvantaged, predominantly Black communities. This is the first study, to our knowledge, that specifically examines sea level rise impacts on Black and low-income communities in this region.”

Spatial data on tidal inundation and inland flooding from the National Oceanic and Atmospheric Administration were mapped to estimate potential flooding impacts based on current conditions and future scenarios with 2 feet and 4 feet of SLR. The team used a metric that compares the present and future impacts of SLR for coastal communities ranging from the least privileged to the most privileged based on residential poverty, residential segregation, and the combination of residential poverty and segregation.

Data on social determinants of health—factors known to influence vulnerability to exposure and adaptive responses to climate hazards—were also included in the analysis. For example, the team examined proportions of the population with the following characteristics: low English proficiency, lack of health insurance, children 5 years and younger, adults 65 years and older, living with a disability, and rented or female-headed households. Maps were generated to identify the number of vulnerable residents anticipated to be impacted by flooding under the future SLR scenarios (both tidal inundation and inland flooding).

Findings showed that current tidal inundation affects high-income, White communities and low-income, Black communities roughly equally; however, as SLR progresses throughout the century, impacts will become increasingly disproportionate by as much as two-fold for low-income and low-income Black coastal communities at SLRs of 2 and 4 feet. Results showed that an SLR of 2 feet is expected to increase low-lying flooding by 700% in the most economically disadvantaged Black communities compared to economically advantaged White communities. The most vulnerable subgroups included Black, Hispanic, and low-English-proficiency residents, as well as the financially poor and uninsured, those in need of affordable housing, and female-headed households. 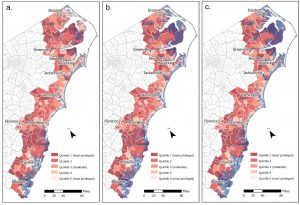 The maps show three sea level rise (SLR) scenarios: a) current conditions, b) 2 feet of SLR, and c) 4 feet of SLR. Colors show spatial vulnerability for SLR impacts (tidal inundation and inland flooding) for five populations, grouped by quintiles ranging from 1 (least privileged) to 5 (most privileged). Categories are based on race and poverty data. Other variables, including age and health insurance coverage, were included later in the analysis of social determinants of health. (Click to expand figure.) Figure published under the Creative Commons Attribution-NonCommercial-NoDerivs (CC BY-NC-ND) license.

Co-author Dr. Jennifer Runkle of NC State’s North Carolina Institute for Climate Studies noted that “our study spotlights the urgent need to target additional resources to build capacity and empower economically excluded and racially segregated communities in the Carolinas to be resilient in the face of rising seas.”

Dr. Maggie Sugg of Appalachian State hopes that this research “serves as a springboard for future work that addresses the disparities between race, income, and the impacts of sea level rise.”