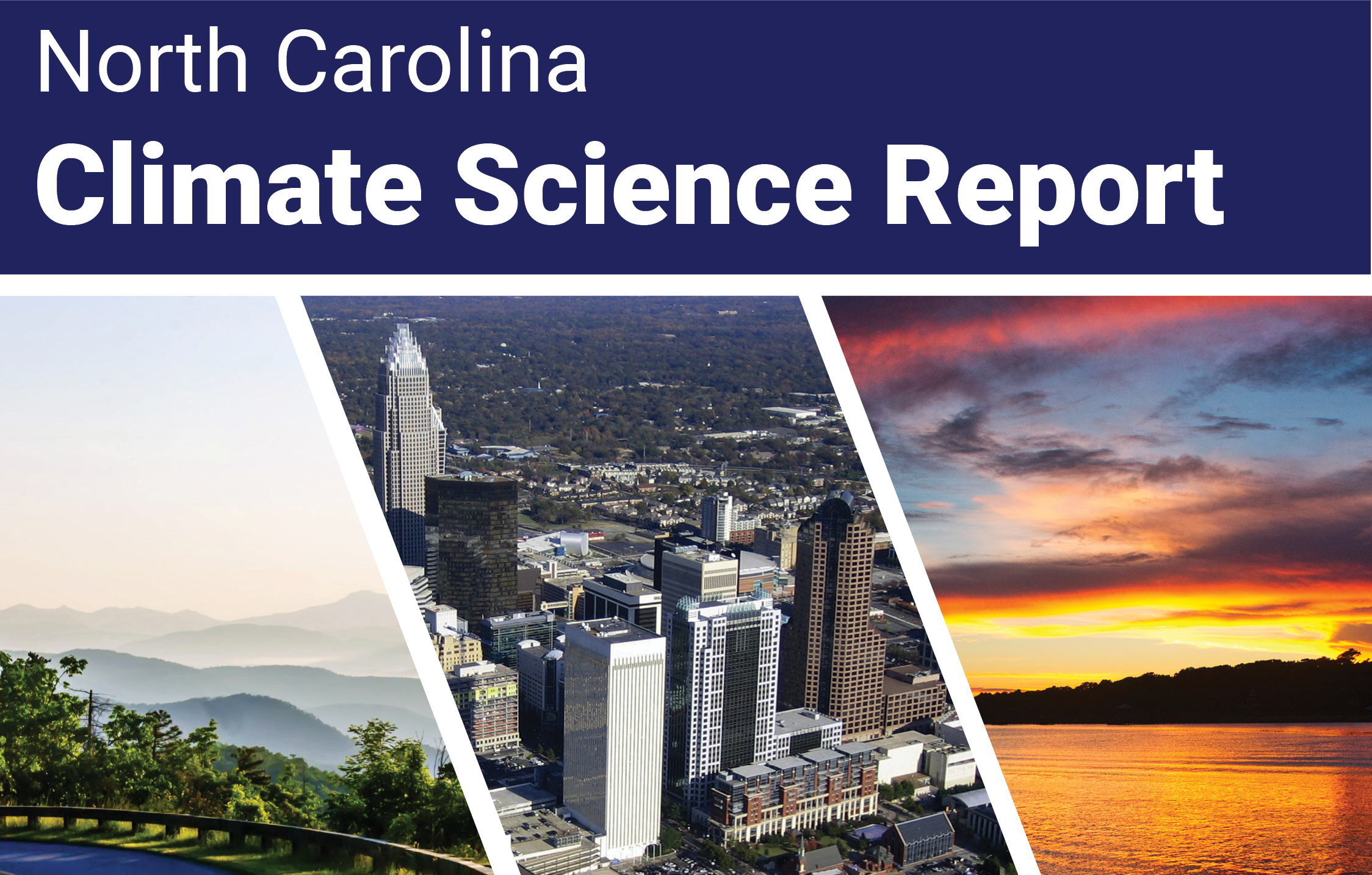 The report was prepared independently by North Carolina–based climate experts, and an advisory panel (“Climate Science Advisory Panel”) was formed to provide oversight and review of the report. This panel consisted of North Carolina university and federal research scientists with national and international reputations in their specialty areas of climate science. The report underwent several rounds of review and revision, including an anonymous peer review organized by NOAA’s National Centers for Environmental Information (NCEI).

The report includes an overview of the physical science of climate change, detailed information on observed and projected changes in temperature and precipitation averages and extremes, hurricanes and other storms, sea level, and other relevant climate metrics.

Findings are presented for both the state as a whole and for each of three regions in the state: the Coastal Plain, the Piedmont, and the Western Mountains. The report also includes chapters on sea level rise, trends involving interactions of multiple aspects of the climate system (including inland flooding, wildfire, forest ecosystem changes, urban heat island effects, and air pollution), and findings relevant to engineering design standards.

The report was updated in September 2020 to improve accessibility by adding alternative text descriptions for all figures and enhancing compatibility of the PDFs with screen readers and other assistive technology. A few errors were also corrected, as described in the Errata document below. 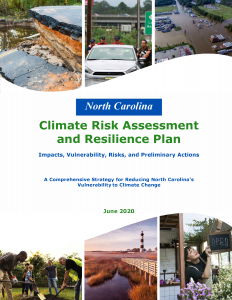 On June 2, 2020, the Department of Environmental Quality released the 2020 North Carolina Climate Risk Assessment and Resilience Plan. The NCCSR was as an important input to the development and conclusions of this comprehensive report, which serves as a framework to guide state action, engage policy-makers and stakeholders, facilitate collaboration, and focus the state’s attention on climate resilience actions and underlying stressors, including aging infrastructure, socioeconomic disparities, and competing development priorities.

Governor Cooper’s Executive Order 80 (EO80), “North Carolina’s Commitment to Address Climate Change and Transition to a Clean Energy Economy,” directed all cabinet agencies to integrate climate adaptation and resiliency planning into their policies, programs, and operations. The order specifies a number of emissions-reduction and clean-energy goals, establishes an interagency council on climate change, and calls for a range of other specific actions across the state government.

One provision of EO80 directed the North Carolina Department of Environmental Quality (DEQ) to develop the “2020 North Carolina Risk Assessment and Resilience Plan.” The DEQ and other agencies recognized the need for an objective and credible climate science analysis to support the EO80 activities and the development of the resiliency plan.

In response to this need and request, the North Carolina Institute for Climate Studies (NCICS), an inter-institutional research institute of the University of North Carolina system administered by NC State University, led the development of the NCCSR. This Report is intended to serve as an independent, peer-reviewed scientific contribution to the EO80 activities and the resiliency plan and to inform the citizens of North Carolina about the state of knowledge on climate change in North Carolina.

The report was prepared independently by North Carolina–based climate experts. While some authors (including those from NCICS) are employed by state universities, and state agency needs informed the selection of report topics, the authors based their analysis of the science on their own climate expertise informed by (i) the scientific consensus on climate change represented in the Fourth United States National Climate Assessment and the Fifth Assessment Report of the Intergovernmental Panel on Climate Change, (ii) the latest research published in credible scientific journals, and (iii) information in the North Carolina State Climate Summary.

Under the direction of Kenneth Kunkel, NCICS Lead Scientist for Assessments and NC State Research Professor, NCICS assembled an author team to write the report and an advisory panel to provide scientific oversight and expert reviews. The advisory panel (“Climate Science Advisory Panel”) consisted of North Carolina university and federal research scientists with national and international reputations in their specialty areas of climate science. The author team comprised NCICS scientists and several members of the advisory panel.

The report leverages the expertise of NOAA’s Assessments Technical Support Unit (TSU), which is staffed primarily by NCICS, and applies the methodologies and processes developed for the U.S. National Climate Assessment.

The report underwent several rounds of review and revision, including an anonymous peer review organized by NOAA’s National Centers for Environmental Information (NCEI).