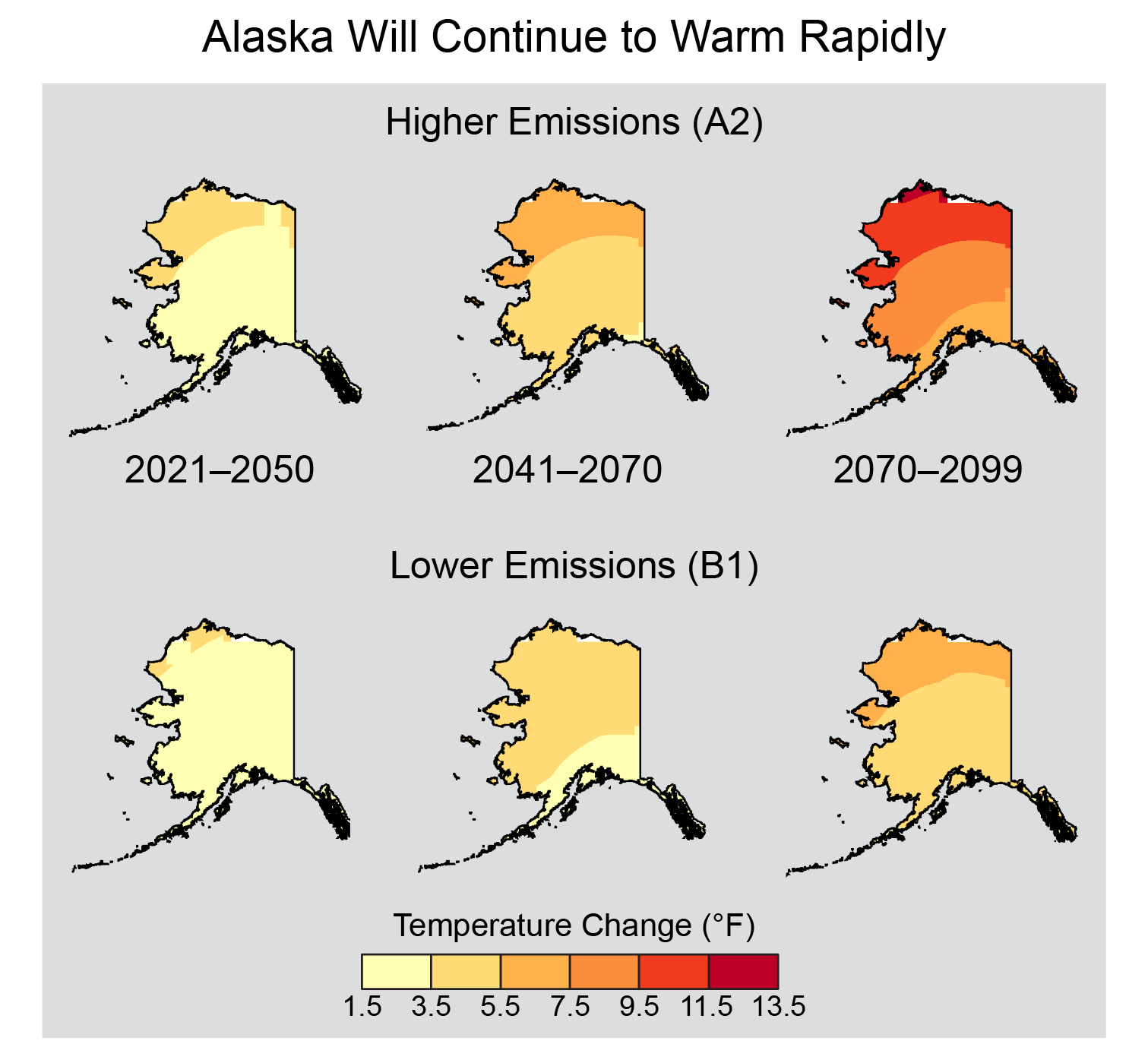 Alaska Will Continue to Warm Rapidly

Northern latitudes are warming faster than more temperate regions, and Alaska has already warmed much faster than the rest of the country. Maps show changes in temperature, relative to 1971-1999, projected for Alaska in the early, middle, and late parts of this century, if heat-trapping gas (also known as greenhouse gas) emissions continue to increase (higher emissions, A2), or are substantially reduced (lower emissions, B1). (Figure source: adapted from Stewart et al. 2013).