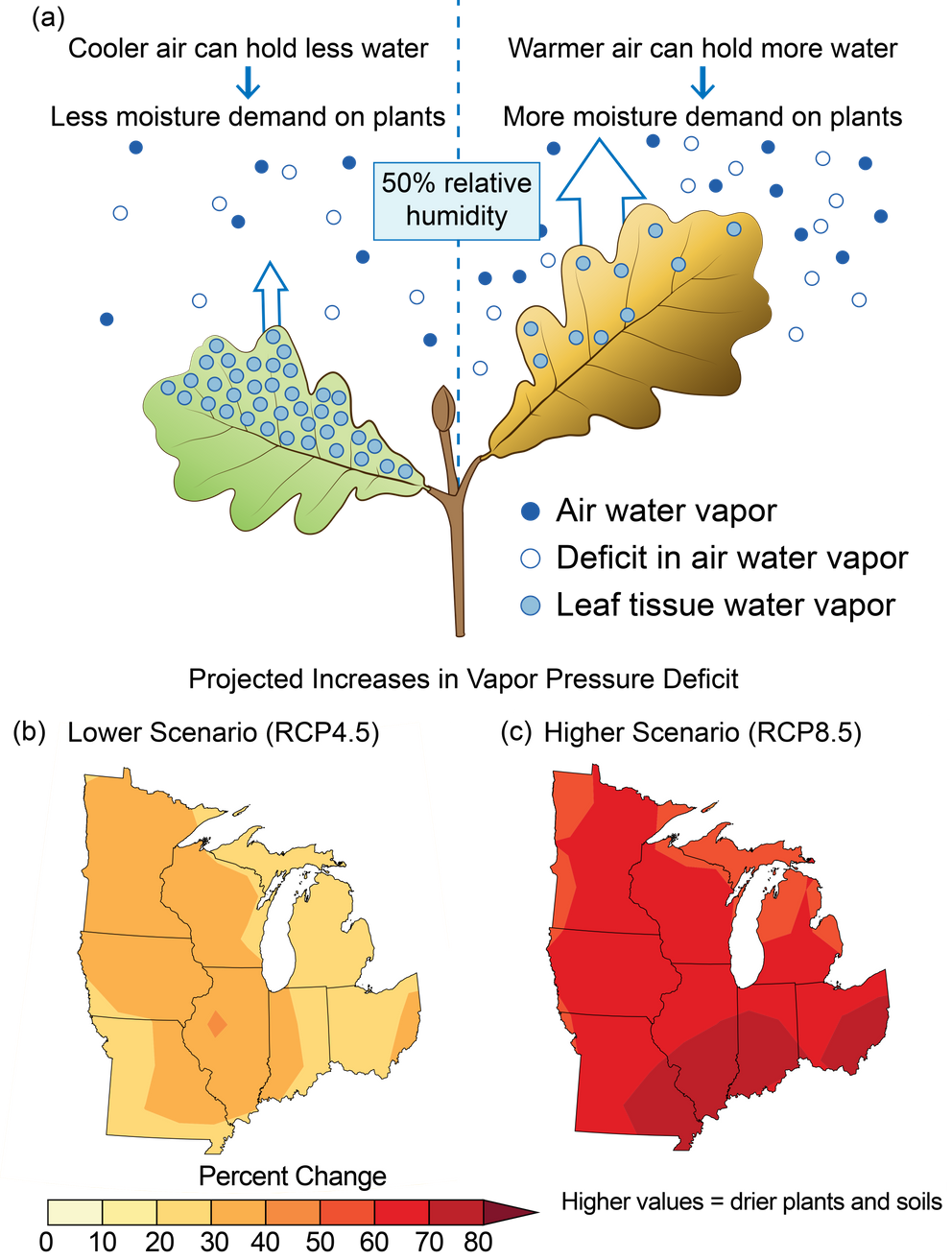 Drying Effect of Warmer Air on Plants and Soils

As air temperature increases in a warming climate, vapor pressure deficit (VPD) is projected to increase. VPD is the difference between how much moisture is in the air and the amount of moisture in the air at saturation (at 100% relative humidity). Increased VPD has a drying effect on plants and soils, as moisture transpires (from plants) and evaporates (from soil) into the air. (a) Cooler air can maintain less water as vapor, putting less demand for moisture on plants, while warmer air can maintain more water as vapor, putting more demand for moisture on plants. (b, c) The maps show the percent change in the moisture deficit of the air based on the projected maximum 5-day VPD by the late 21st century (2070–2099) compared to 1976–2005 for (b) lower and \\(c) higher scenarios (RCP4.5 and RCP8.5). Sources: U.S. Forest Service, NOAA NCEI, and CICS-NC.