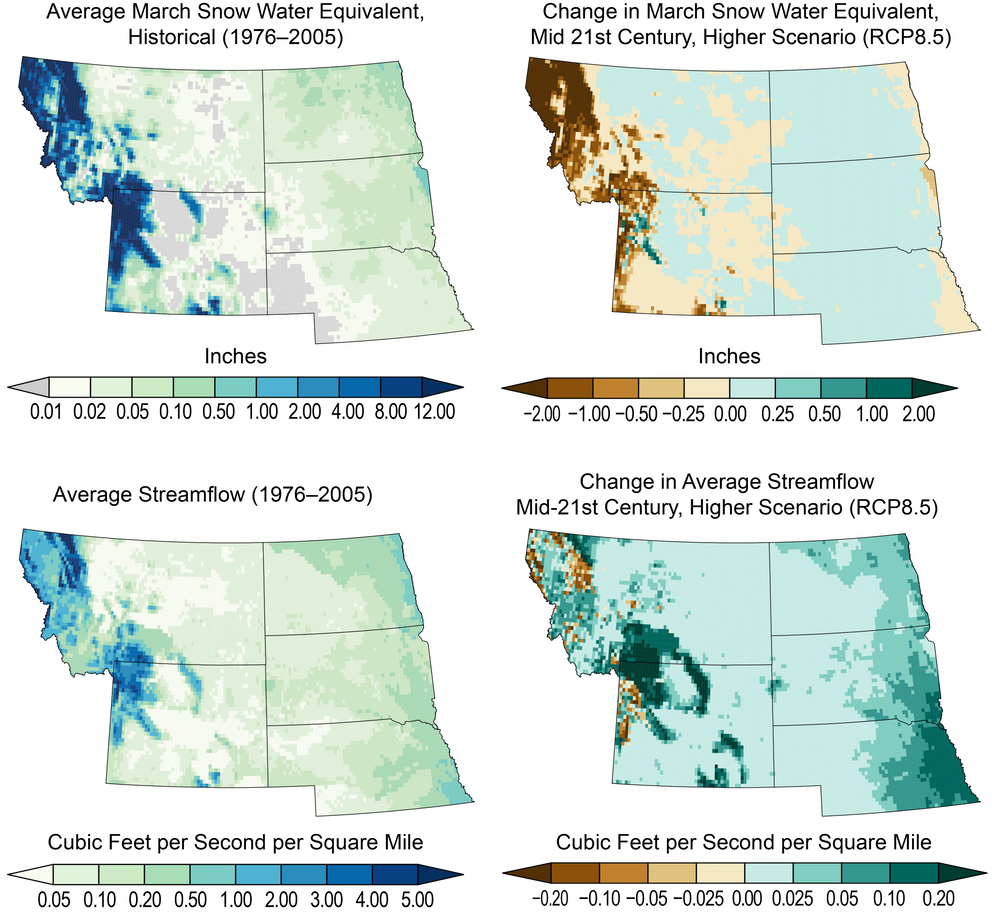 These maps show historical (left; 1976–2005) and projected changes (right; 2036-2065) under a higher scenario (RCP8.5) in average snowpack (top row) and annual streamflow (bottom row). Snowpack is measured in terms of snow water equivalent, or SWE—the depth in inches of the amount of water contained in the snowpack. The top two maps show average values for March to provide historical and future end-of-season estimates of SWE. This illustrates projected warming and potential snow loss. Projected decreases in snowpack across montane western regions in the upper-right plot are primarily the result of projected warming at the highest elevations. Projected increases in snow at lower elevations are less important, since those changes are relative to a much lower average (top left) than in montane regions. Similarly, annual streamflows are expected to increase across much of the eastern part of the region, with isolated but important decreases in the western highlands. In this context, streamflow refers to the sum of surface runoff and subsurface flow for each location in space. Sources: NOAA NCEI and CICS-NC.