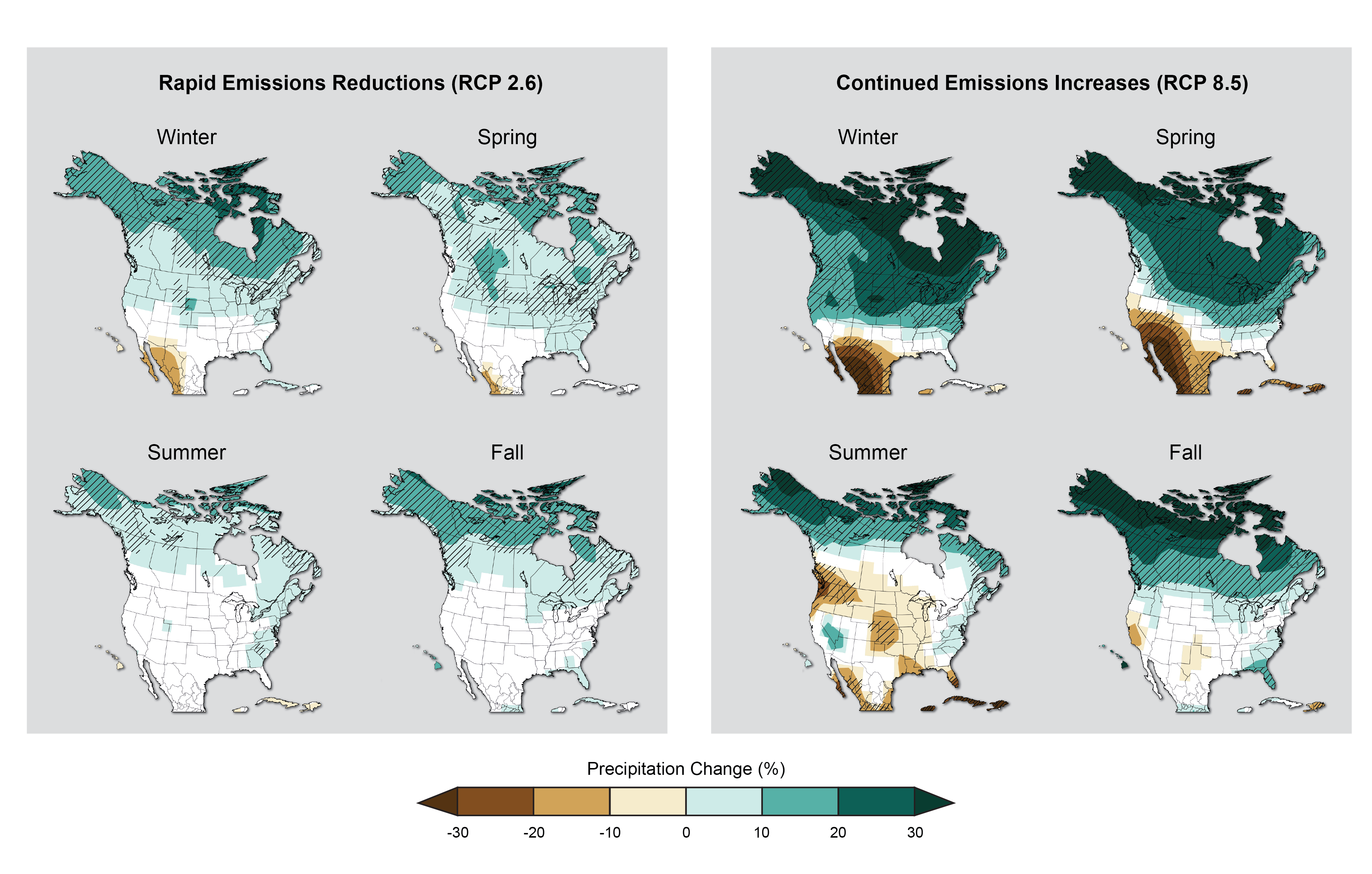 Seasonal precipitation change for 2071-2099 (compared to 1970-1999) as projected by recent simulations that include a wider range of scenarios. The maps on the left (RCP 2.6) assume rapid reductions in emissions – more than 70% cuts from current levels by 2050 – and a corresponding much smaller amount of warming and far less precipitation change. On the right, RCP 8.5 assumes continued increases in emissions, with associated large increases in warming and major precipitation changes. These would include, for example, large reductions in spring precipitation in the Southwest and large increases in the Northeast and Midwest. Rapid emissions reductions would be required for the more modest changes in the maps on the left. Hatched areas indicate that the projected changes are significant and consistent among models. White areas indicate that the changes are not projected to be larger than could be expected from natural variability. (Figure source: NOAA NCEI / CICS-NC).