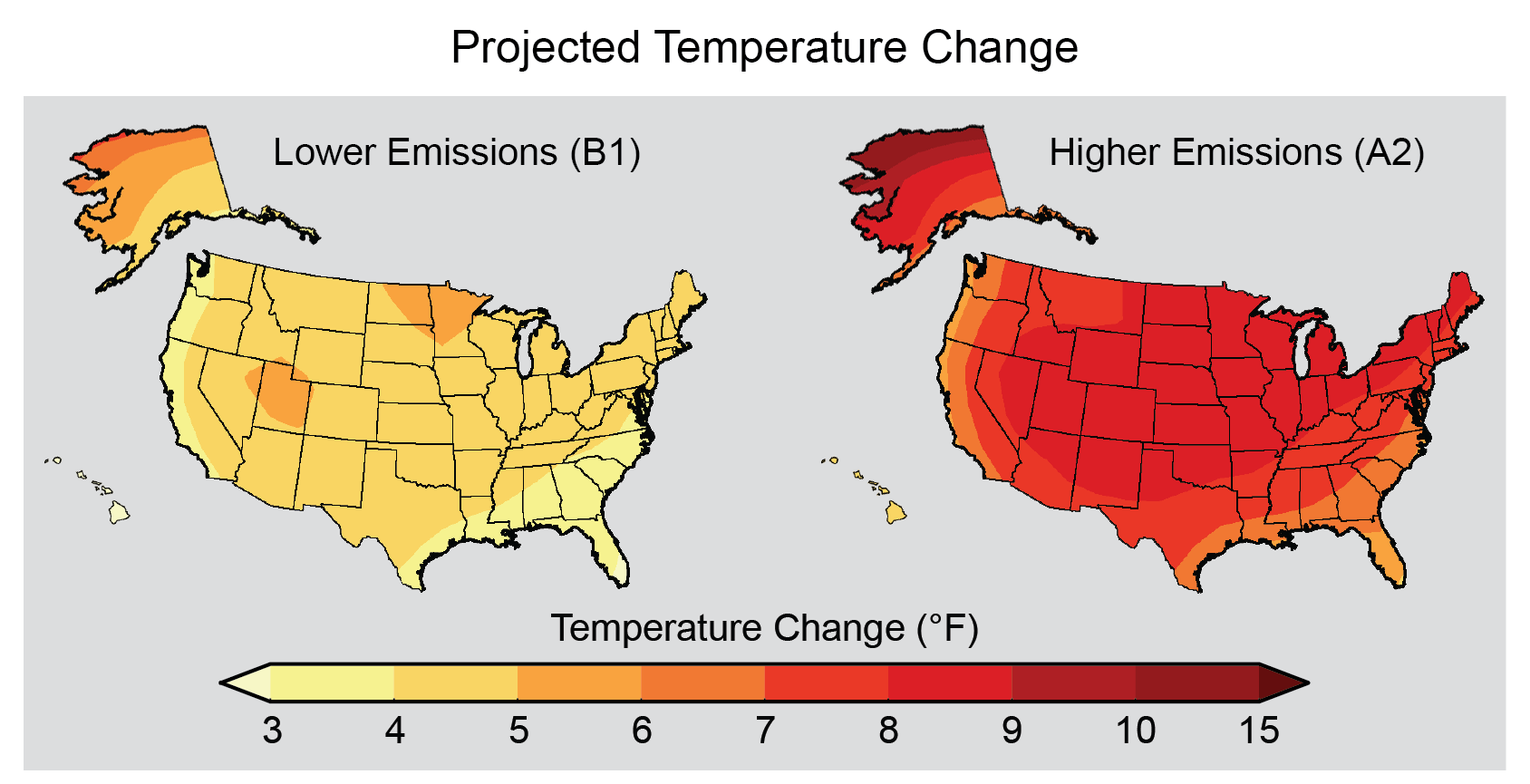 Maps show projected change in average surface air temperature in the later part of this century (2071-2099) relative to the later part of the last century (1970-1999) under a scenario that assumes substantial reductions in heat trapping gases (B1) and a higher emissions scenario that assumes continued increases in global emissions (A2). (See Appendix 3: Climate Science, Supplemental Message 5 for a discussion of temperature changes under a wider range of future scenarios for various periods of this century). (Figure source: NOAA NCEI / CICS-NC).