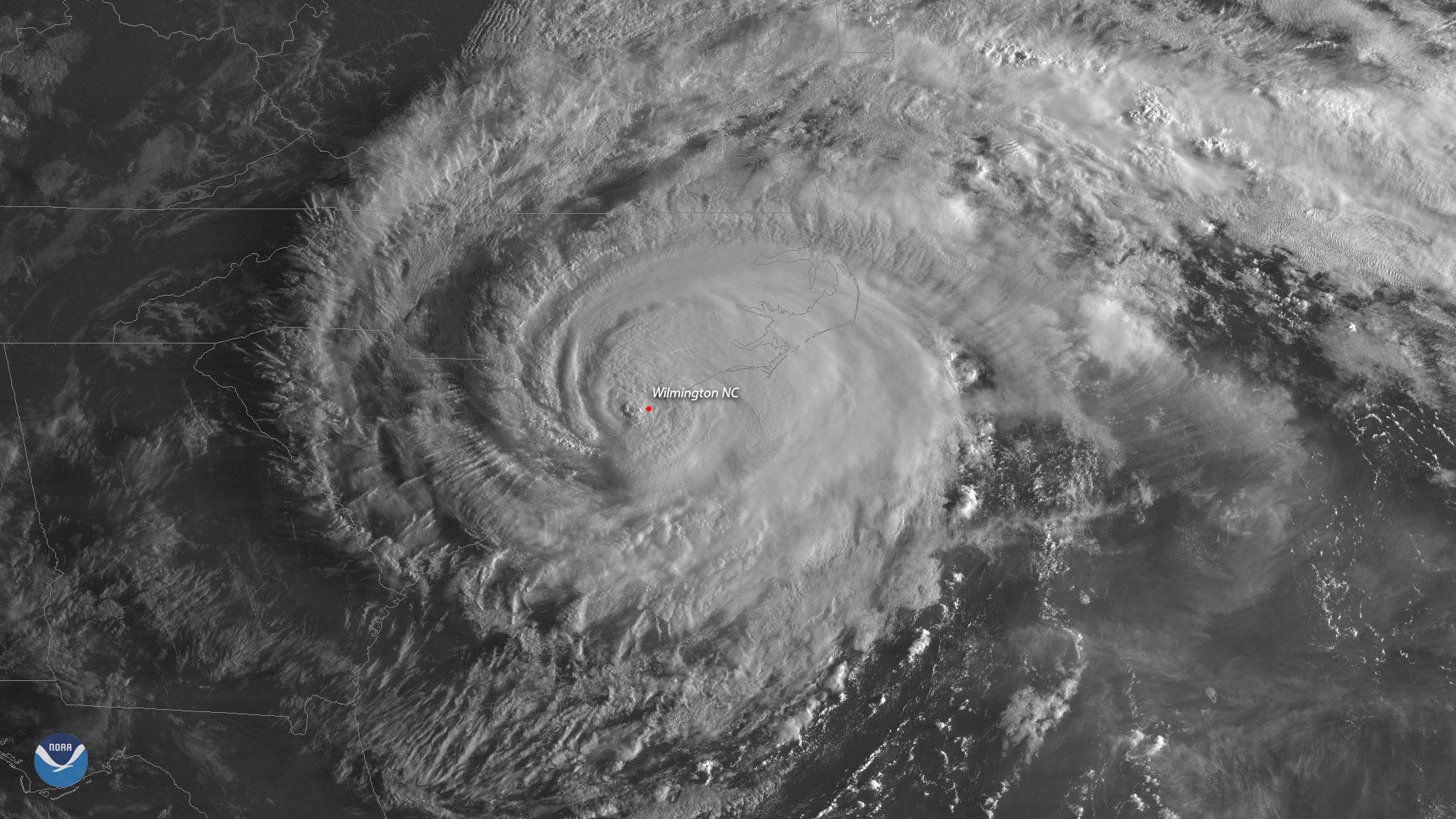 A team from NCICS and Appalachian State University used data from the Crisis Text Line (CTL) to identify significant mental health impacts of Hurricane Florence on young people in North and South Carolina. Their results point to the value of rapid-response, anonymous services like the Crisis Text Line, and their approach could provide public health officials with near-real-time monitoring of emerging mental health crises in the wake of other disasters, enabling more timely and effective interventions.

Hurricane Florence made landfall in North Carolina on September 14, 2018. In addition to damaging winds and significant coastal storm surge, Florence dropped record rainfall totals on many parts of North and South Carolina, resulting in major flooding in both states. Much of that flooding affected inland counties that are home to many lower-income communities. Economic losses have been estimated at $24 billion, and the storm resulted in more than 40 deaths. Disasters like these are known to affect both mental and physical health, but the mental health impacts are often less visible and less likely to be treated, particularly in the near-term aftermath of an event.

Lead author Dr. Jennifer Runkle of NCICS explains that “until now, we haven’t been able to measure the real-time mental health impacts of a disaster on young people. With this new approach, we were able to move outside the traditional time delays by using a digital mental health platform to unobtrusively measure the emotional and mental response of young people to a catastrophic hurricane.”

The team analyzed CTL data from January through October of 2018 for North and South Carolina, grouping results into four categories of responses—1) any reason, 2) stress and anxiety, 3) depression, and 4) suicidal thoughts—for each of four types of impact, based on the time of occurrence in relation to Hurricane Florence: 1) immediate impact during the storm (September 13 to 18), 2) short-term impact following the storm (September 19 to October 2), 3) an immediate but continuing impact (September 13 to October 31), and 4) a delayed but continuing impact (September 19 to October 31).

This figure shows the daily number of crisis texts in the suicidal thoughts category among youth for North and South Carolina from January 1, 2018, through October 31, 2018. The dashed red line shows the forecasted average number of texts for the post-Hurricane Florence period, and the dotted lines show the upper and lower bounds of the 95% confidence interval. As noted on the figure, crisis texts for suicidal thoughts increased by 23% in the six weeks following the storm, with text volume exceeding the upper 95% limit on three days during that period. Source: Runkle et al. 2021.

Dr. Runkle noted that “our results are the first to identify a surge in suicidal thoughts during the acute impact phase of a hurricane. This is troubling in light of disaster-imposed disruptions to mental health services, and it highlights the need to promote low-cost mental health digital platforms in the aftermath of a weather disaster.”

The team also analyzed emergency department (ED) visits for mental health situations among young people over the same periods, and the results supported the evidence from the CTL data. Emergency department visits for any mental health condition peaked around eight days after the storm, while depression-related ED visits showed two peaks around two and five weeks after the storm. Visits for suicidal thoughts showed a peak around a week after the storm, with another peak five weeks later.

In addition to the increases observed in September and October associated with Hurricane Florence, the team observed peaks for depression, anxiety, and suicidal thoughts in both January and June of 2018. Other research has suggested that some mental health issues exhibit a winter peak. Separate research by several of the scientists involved in the Hurricane Florence study identified an association between unusually high temperatures and increased crisis text volume and determined that the June 2018 peak may have also been influenced by two celebrity suicides and Season 2 of the Netflix show 13 Reasons Why. However, both the volume of crisis texts and number of ED visits for suicidal thoughts were much higher in the aftermath of Florence than during the summer of 2018.

The results suggest that services like the Crisis Text Line can provide important mental health support in the wake of a disaster while also giving public health experts better insights about mental health needs in the days and weeks following an event.