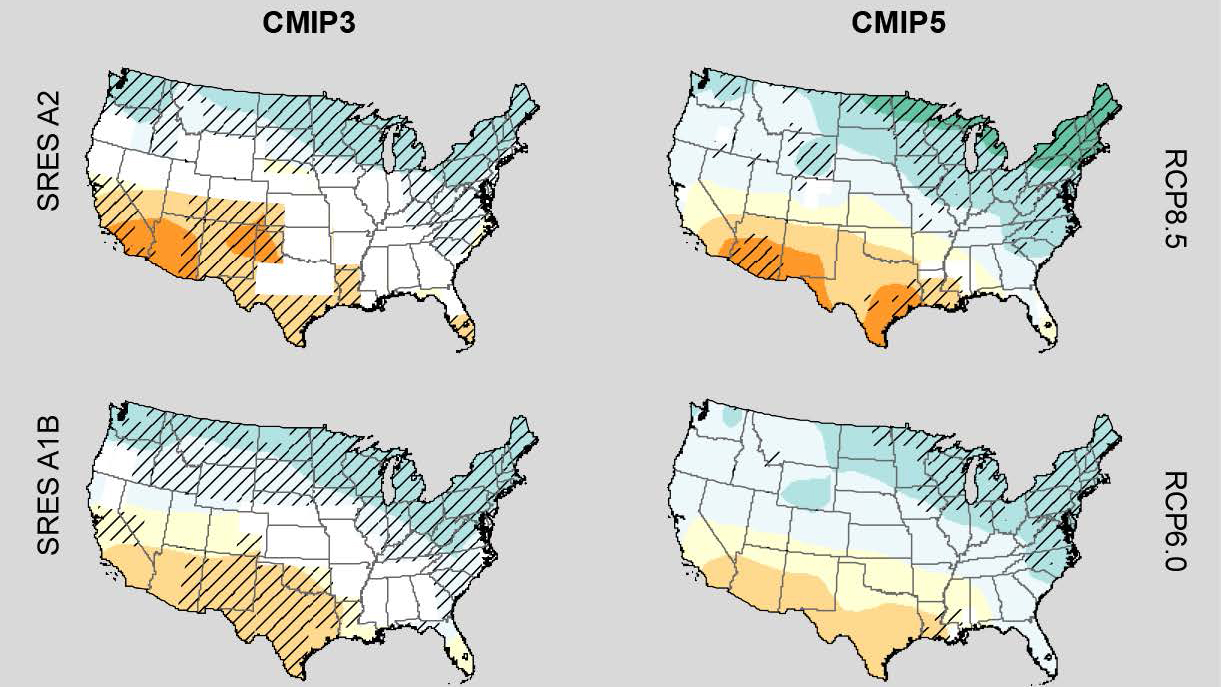 The report, entitled “Regional Surface Climate Conditions in CMIP3 and CMIP5 for the United States: Differences, Similarities, and Implications for the U.S. National Climate Assessment” compares simulations of historical and future U.S. climate produced by Phases 3 and 5 of the Coupled-Model Intercomparison Project (CMIP3 and CMIP5, respectively).

The report concludes that the differences between the two are generally very small, both in magnitude and in spatial distribution.

The research and writing was done by NCICS climate scientists Liqiang Sun, Kenneth Kunkel, Laura Stevens, and Andrew Buddenberg, along with J. Greg Dobson of the National Environmental Modeling and Analysis Center (NEMAC) at the University of North Carolina–Asheville and David Easterling of NOAA’s National Centers for Environmental Information.

For more information, see the news story on our website. To read the report itself, see: