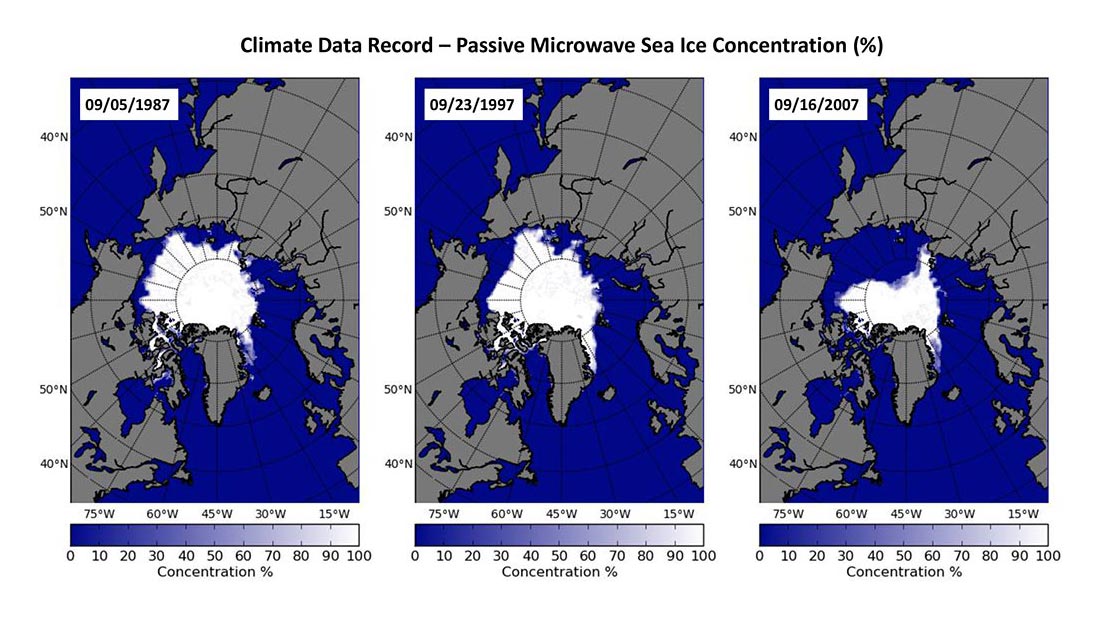 Spatial distribution of daily sea ice concentrations on the minimum sea ice extent day in year 1987, 1997, and 2007 shows clearly the shrinking of Arctic sea ice coverage, which is occurring faster than most of the climate model predictions.

With the substantial change in the Arctic sea ice and associated impacts of the change in weather and climate system, ecosystems, and coastal communities, it is valuable to have a climate data record (CDR) quality sea ice concentration product for climate studies, monitoring, and model validation.

As the scientific steward, Dr. Ge Peng (CICS-NC) has been actively working with the data provider (Dr. Meier, NSIDC) in evaluating and verifying the CDR with other satellite-based sea ice products. The product has shown to capture well the seasonal, inter-annual, and decadal variability. Fig. 2 compares monthly sea ice extent from this product, which is machine generated and reproducible, with the NASA/GSFC product-based sea ice extent, which has a significant human intervention and therefore, is not reproducible. There is good agreement between them in both hemispheres.

The next steps for this project are to finalize characterization of this sea ice CDR and to provide additional statistical characteristics of the CDR variables including trends, spatial and temporal variability to users.