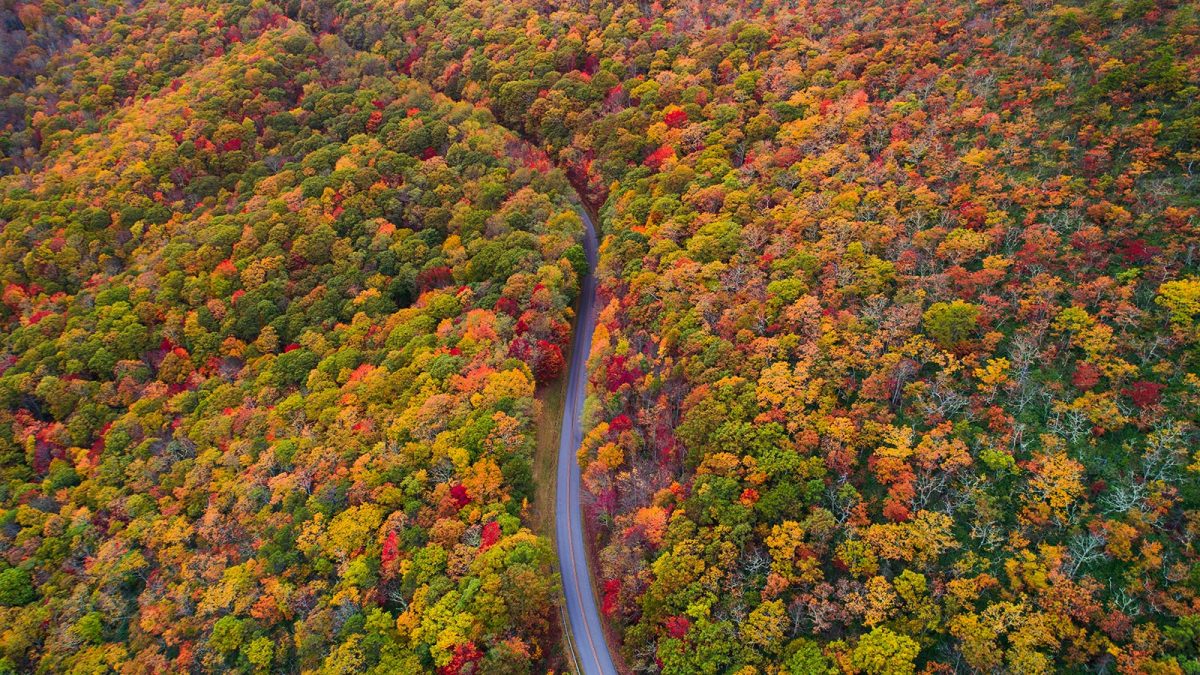 NCICS will host the Asheville location of the new Cooperative Institute for Satellite Earth System Studies, which will be dedicated to expanding our understanding of the full Earth system and its interactions with human activities

Asheville, NC — NOAA announced today that North Carolina State University’s North Carolina Institute for Climate Studies (NCICS) will host an anchor location of the Cooperative Institute for Satellite Earth System Studies (CISESS). The $175-million, five-year agreement will fund a multi-institution consortium led by the University of Maryland (UMD) and NC State University (NCSU). CISESS will begin operations on July 1, 2019, and will expand on the success of the Cooperative Institute for Climate and Satellites, founded in 2009 under a similar partnership between NC State and the University of Maryland.

The grand scientific challenge of CISESS will be to enhance our understanding of how the natural components of the Earth system—atmosphere, ocean, land, and biosphere—interact with human activities as a coupled system. The Institute’s multidisciplinary team of scientists and experts will engage in collaborative and transformative research activities to enhance NOAA’s ability to use observations and models to meet that challenge, advance NOAA’s science mission, and identify emerging science needs.

CISESS will also educate and train students and scientists in relevant fields, provide early-career scientists with opportunities to do important research at a world-class environmental data facility, and actively engage with the scientific community, decision makers, and the public. 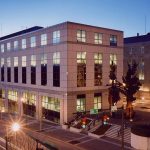 The North Carolina site will be co-located with NOAA’s National Centers for Environmental Information (NCEI) in Asheville, North Carolina, while the Maryland site will be hosted at the University of Maryland’s M Square Research Park in College Park, which is also home to NOAA’s Center for Weather and Climate Prediction.

Dr. Brown is the founding director of NCICS and a faculty member in the Department of Marine, Earth, and Atmospheric Sciences at NC State University. He is also a Fellow of the American Meteorological Society and the American Association for the Advancement of Science. In addition to extensive research experience in remote sensing and interdisciplinary studies of climate change and severe weather impacts, his current interests include strategies to address the science/policy interface and societal adaptation to environmental change.

The seamless transition from CICS to CISESS will ensure that NCICS continues to serve as a source of innovation and expertise in support of NCEI activities and broader NOAA mission goals. Dr. Brown noted that “NC State has developed a group in Asheville over the last decade that provides expertise to NOAA in climate observations and approaches to developing resilience to climate change. We are pleased to be selected to continue our work with NOAA / NCEI to help our country address climate change.” 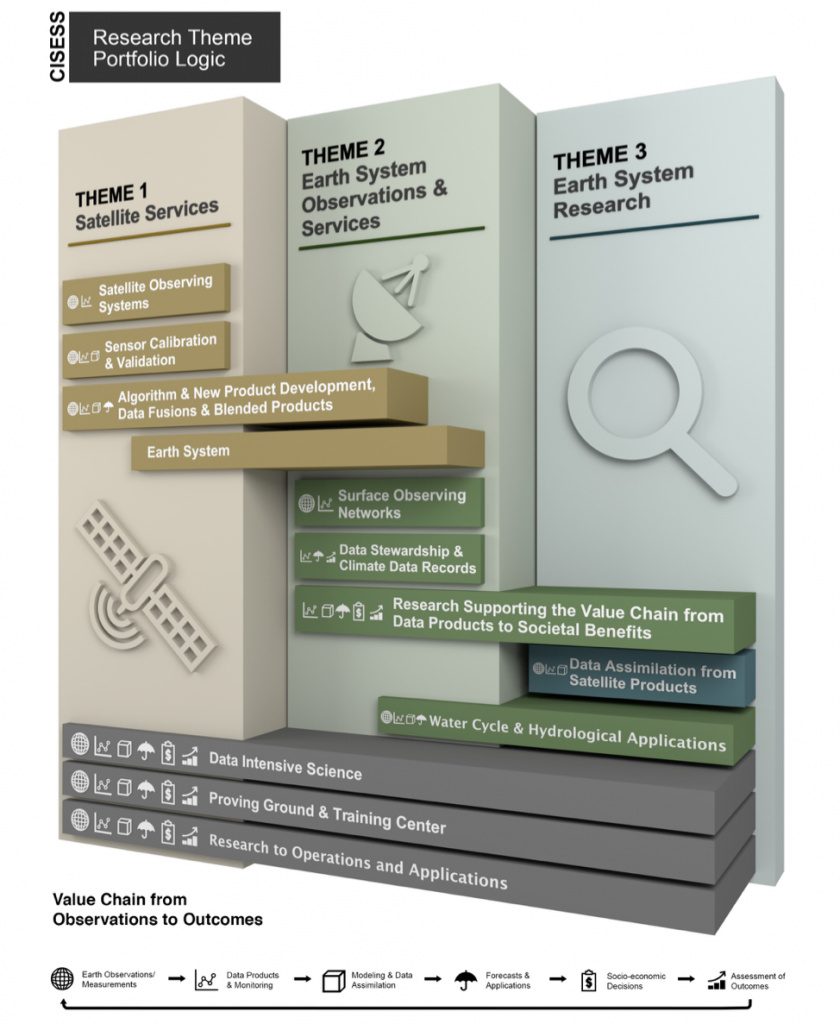 This figure shows representative focus areas of planned CISESS activities. It provides an end-to-end view of CISESS science, where observations are collected and processed, products are co-produced with end users, and the evolving needs of end users drive the generation of new products and enhancements to existing products.

As an Inter-Institutional Research Center of the University of North Carolina System, NCICS will also continue as a catalyst for innovation at NC State University and across the UNC system and as an important hub for an expanding range of climate- and weather-related activities in the Asheville area.

“NCICS is one of our top centers, and its selection as the host of CISESS is indicative of NCICS’s accomplishments during its first 10 years. We are looking forward to continued successful collaboration with NOAA,” said Dr. Mladen Vouk, North Carolina State University vice chancellor of research.