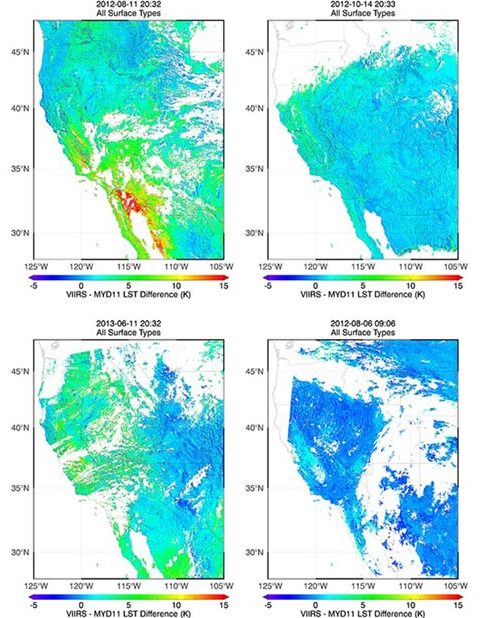 By comparing VIIRS results against data from both land-based instruments and the MODIS instruments on the Aqua and Terra satellites, the authors confirmed that VIIRS temperature data is in good agreement with the other sources over vegetated surfaces and over lakes and other inland water. However, they also determined that both VIIRS and MODIS significantly underestimate surface temperatures over sparsely vegetated areas, and that the VIIRS algorithm suffers from large errors (up to 15° Celsius) over areas of high atmospheric humidity.