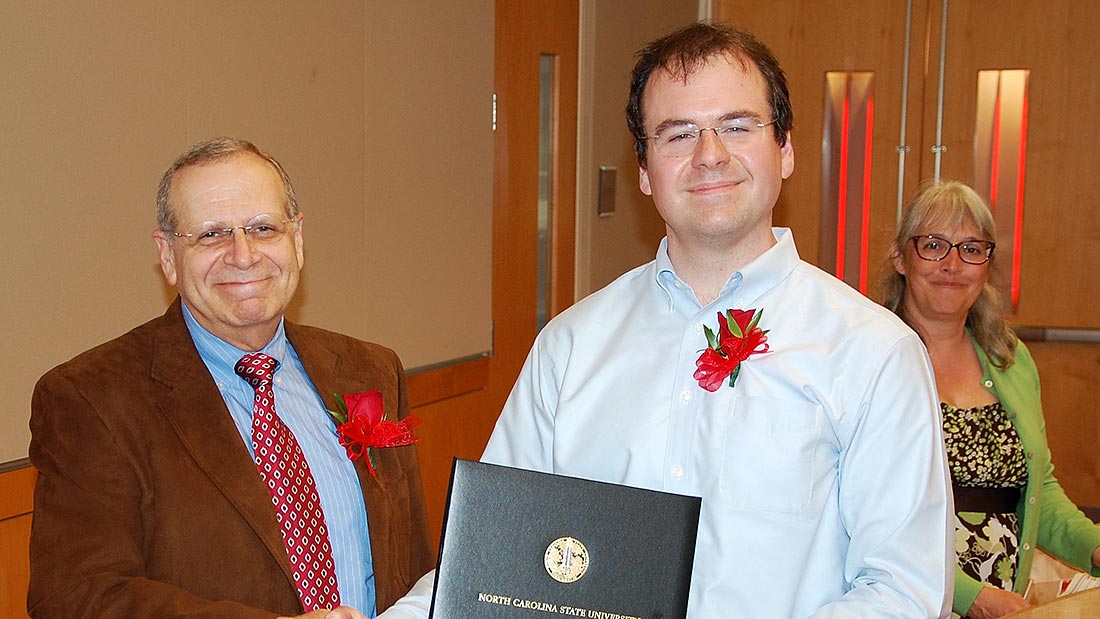 Alan Rebar, Vice Chancellor of ORIED, congratulates Andrew Buddenberg. Institute colleague Paula Hennon (at podium) was on hand to present the nominations for both Andrew and Tom.

Each year, the colleges and business units of North Carolina State University recognize significant accomplishments and contributions of their staff members through the University’s Awards for Excellence Program. This year, Andrew Buddenberg and Tom Maycock of NCICS/CICS-NC were among the 18 employees nominated for an Award of Excellence in the Office of Research, Innovation and Economic Development (ORIED). All 18 nominees receive certificates and are honored at an awards ceremony held on campus.

Congratulations to Andrew and Tom for their nomination, and to Rusty Earl of SPARCS/EH&S and Chris Cunningham of ITRE, who were named winners of the ORIED Awards of Excellence for 2016.