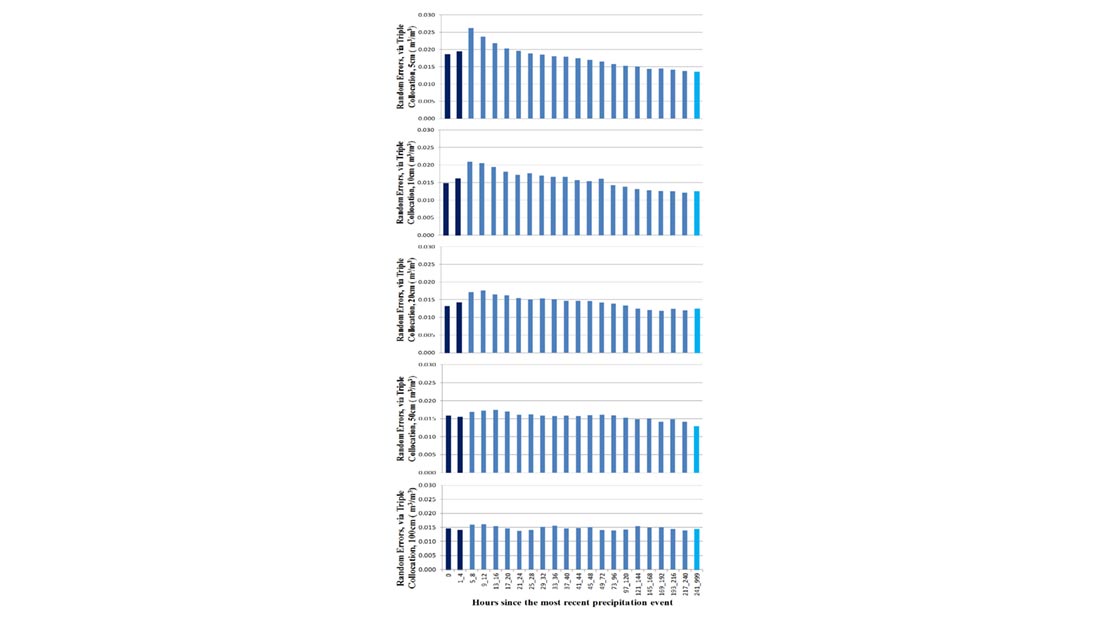 CICS-NC’s Jesse Bell is a coauthor on a new analysis of U.S. Climate Reference Network (USCRN) measurements of soil moisture, published in Vadose Zone Journal. The study makes use of the three collocated soil moisture measurements provided at each USCRN site to derive an estimate of the random errors present in USCRN data at various soil depths. The authors also examine how random errors vary as a function of soil depth and the time since the last measured precipitation.

The results suggest that the random error of an annual time series of USCRN measurements, averaged across all stations, is approximately 0.0093 m3 m–3. When the error calculation is extended across the entire time series of observations for a given sensor, the average random error increases to 0.012 m3 m–3.

Errors tend to scale with the average soil moisture in a given area, with smaller errors in more arid locations and larger areas in wetter locations. They also vary with depth and with the amount of time since the most recent precipitation. Errors are largest at shallower depths, particularly at 5 cm and 10 cm, and in the hours immediately following precipitation. The increases in errors following recent precipitation are smaller at deeper depths, and at the deepest depth (100 cm), errors are nearly constant across time.

These quantitative results will inform calibration and validation efforts for other data sources, including satellite observations. The study also reveals that disagreements between modeled and observed soil moisture estimates are generally smaller than the errors of the observations themselves, suggesting that models may serve as useful tools for filling in missing observations in soil moisture records.