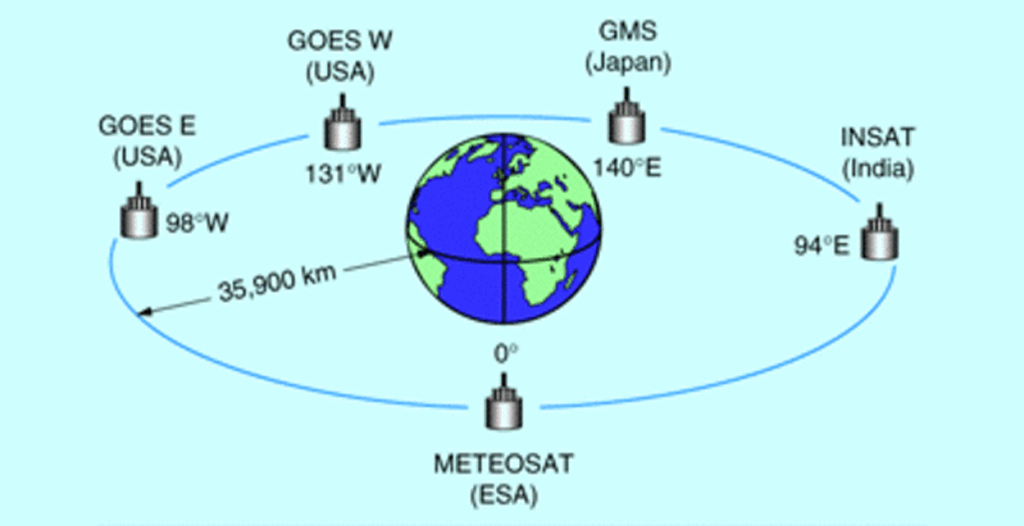 Meteorological satellites operating in geostationary orbits around the Earth (Fig. 1) provide us with observations of the Earth’s surface and clouds since the early 1970’s. Images in the visible spectral domain are used for the weather forecast and for monitoring important climate variables such as the surface insolation, surface albedo, pollution, smog and cloud characteristics. Raw counts observed over the Sonoran Desert by GOES-10 as a function of the number of years since launch.

The International Satellite Cloud Climatology Project (ISCCP) was launched in 1983 as part of the World Climate Research Program (WCRP), with the objective of collecting and analyzing satellite observations from both the Low Earth Orbit polar orbiting satellites and geostationary meteorological satellites to infer the global cloud climatology and its impact on the Earth’s radiation budget. Recently, global geostationary satellite datasets at high resolution – the ISCCP B1 product – have been processed from the NOAA’s National Centers for Environmental Information (NCEI) archive, and these products are available for the community. Quantitative analyses of the visible imagery requires that the instruments be calibrated to convert the digital count output from the detectors into scientific units and require accurate assessments of how sensor responses change over time. Since the instruments are calibrated only prior to the launch, they undergo degradation while in orbit. For instance, observations over high-reflectance desert sites that remain stable over time help us to infer the degradation of the sensors. Fig. 2 shows how the observed raw counts by the GOES-10 West satellite over the stable Sonoran Desert in North America trends over time, degrading at an annual rate of about 4.42 %.

Independent assessments have revealed certain inconsistencies, systematic bias and gaps in the present ISCCP calibration. Anand Inamdar, CICS-NC, in collaboration with NCEI, is actively engaged in deriving an independent calibration based on the match-up with a science-quality Climate Record Data product available at NCEI. He will also be performing multiple independent assessments and validation through monitoring of observations over stable earth targets such as deserts, cloud-free ocean surface and deep convective clouds, etc. Improved calibration will be used for the reprocessing of the ISCCP cloud products, and remote sensing of other geophysical parameters such as surface insolation, surface albedo and suspended particulate matter (aerosols) in the atmosphere.

Anand Inamdar, and Ken Knapp, 2012: Assessment of Calibration Performance of the Geostationary Satellite Image Visible Channel in the ISCCP B1 Data, Proceedings of the 92nd annual meeting of the American Meteorological Society, New Orleans, Jan 22-26, 2012. Paper 197272