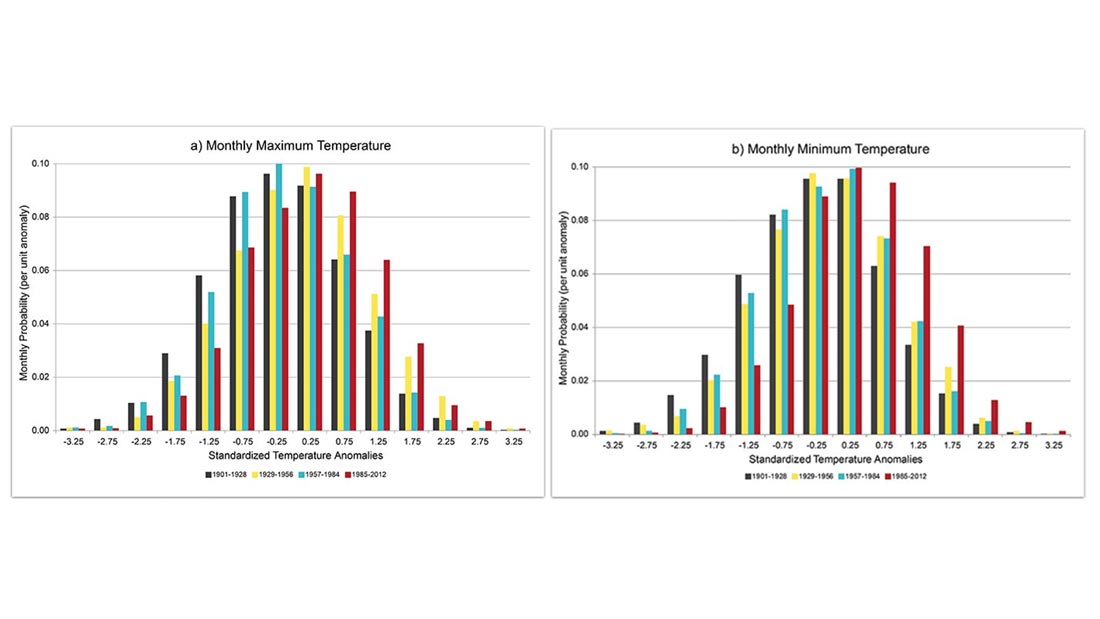 We know that global and national average temperatures have been increasing since around the start of the 20th century. But have there also been increases in the frequency of both the very hottest and coldest months?

The short answer is “no.” While very warm months have become more frequent, the occurrence of very cold months has decreased by a similar amount. In mathematical terms, the width and shape of the probability distribution of U.S. monthly temperatures has remained relatively consistent, simply shifting to a warmer range as average temperatures have increased.