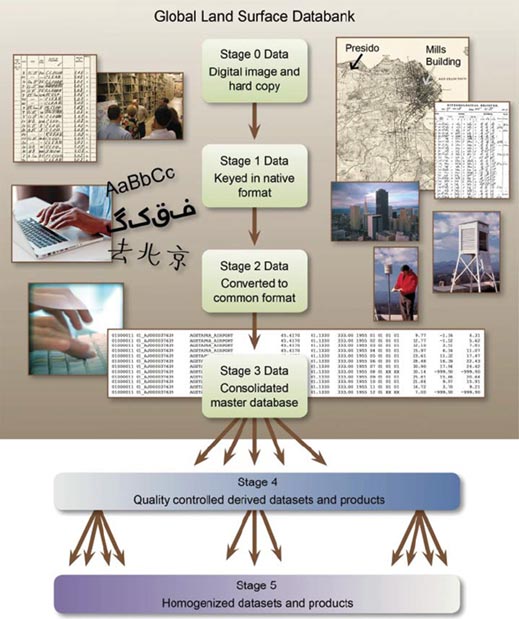 Society expects openness and transparency in climate science to have a greater understanding of the certainty regarding how climate has changed and how it will continue to change.

Since the 1990s, there have been great advances toward understanding how Earth’s temperatures have varied and changed. These advances have been due in large part to efforts such as the Global Historical Climatology Network (GHCN) Monthly and Daily datasets that make the study of decadal and century scale changes in temperature possible. As part of a continuing focus on enhancing the observed climate record, the National Centers for Environmental Information (NCEI), along with international partners, launched the International Surface Temperature Initiative (ISTI) in 2010 to improve understanding of the Earth’s climate from the global to local scale, bringing together climate scientists, measurement scientists, statisticians, economists and software / IT specialists from all over the globe.

Jared Rennie and Peter Thorne, from CICS­NC, are key contributors to the ISTI, and through its Databank Working Group, released a beta version of an innovative data holding that brings together new and existing sources of surface air temperature. This data holding provides users a way to better track the origin of the data from its collection through its integration into a merged data holding. By providing the data in various stages that lead to the integrated product, by including data origin tracking flags with information on each observation, and by providing the software used to process all observations, the processes involved in creating the observed fundamental climate record are more open and transparent.

The integrated data holding, currently in its second beta release, contains over 30,000 global stations. Once operational, the ISTI team will enlist independent research groups to develop a suite of fully quality controlled and homogeneous datasets. NCEI and CICS-NC are currently undertaking an effort to use this data holding as the foundation for the next iteration of GHCN­Monthly dataset. More information is available at: Global Surface Temperature Databank.